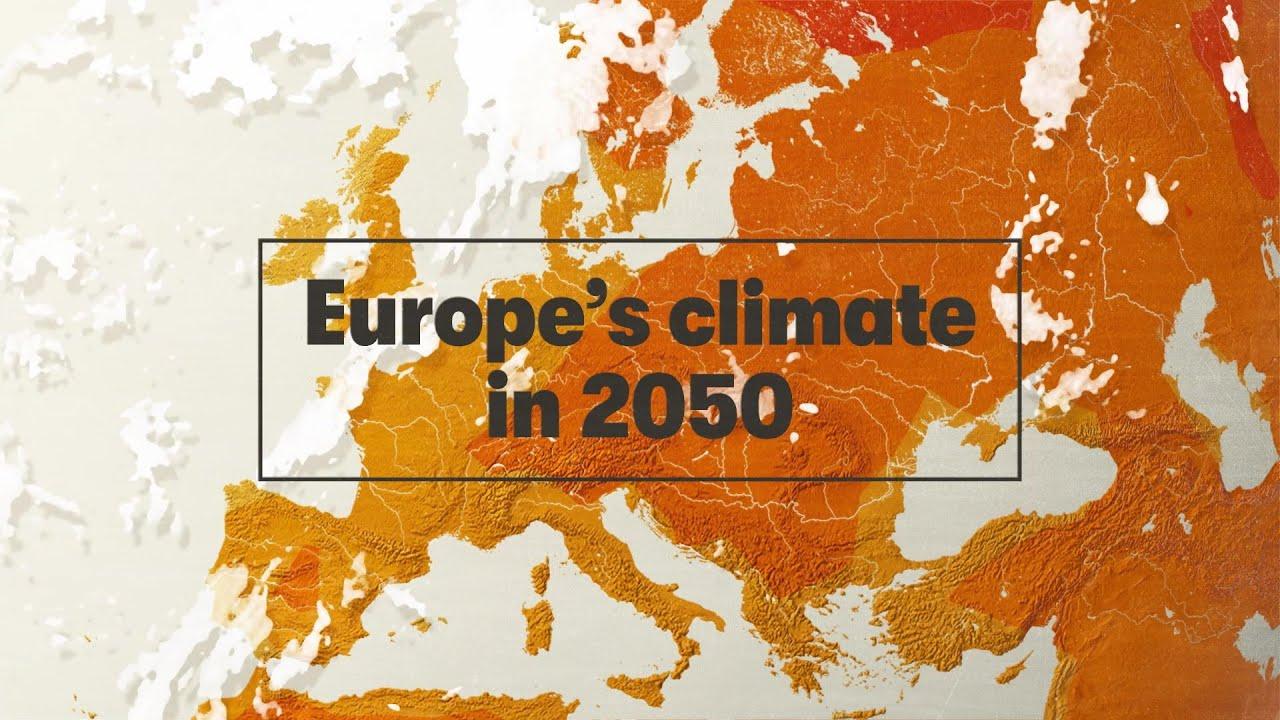 Climate change can appear in many forms. Some are subtle, like the slow erosion of coasts, while some are more violent, such as destructive floods and extreme weather events. Regardless of their nature, climate changes are rapidly increasing in frequency and intensity.

The European Climate Prediction project (EUCP), a four-year research project that is now coming to an end, has the goal to produce climate projections and predictions for the European area, in order to provide a solid scientific base for policy-makers, scientists and climate communicators alike.

The project is part of the Horizon 2020 programme, and focusses on developing innovative approaches to using climate predictions and projections, as well as providing new and more detailed climate simulations.

ICTP's Earth System Physics section contributed to this project with several papers and research work, and an important paper led by ICTP's climate scientist Erika Coppola has served as one of the main sources for the production of an EUCP video, aiming at presenting to the general public the effects that climate change will have on Europe by 2050 if no policies for reduction in CO2 emission would be adopted. Two ESP post-docs, Rita Nogherotto and James Ciarlò, have also contributed to the realization of the video.

The video is based on the results of the latest available studies, and on the Intergovernmental Panel on Climate Change (IPCC) report that was released in 2021 (the so-called 6th Assessment report on the physical basis of climate change) and the IPCC's Interactive Atlas, and it explains in an accessible way the variations in temperature and precipitation as well as the extreme climate events that European inhabitants will have to face in the next decades. The video provides the keys to understand the challenges that climate change will bring to the European region, and how this will force all its inhabitants to shift and reshape their habits and lifestyles. Ultimately, the video also has the goal to increase the general understanding of the need for human societies to adapt to this partly inevitable climate change and to better plan a response to the challenges and opportunities that a changing climate brings.

The EUCP project is a collaboration between researchers from European science institutions who created and analysed the biggest number of regional climate model simulations ever produced for a specific region in the world. In this way, it was possible to obtain a climate change projection of the European climate both in the near future and in the long term, and the related uncertainty. In particular, the project focused on the increasing number and intensity of extreme weather events, such as heat waves, floods and drought.

"Climate projections are usually affected by big uncertainties, because they depend on many parameters, and because climate is a complex and chaotic dynamical system," says Erika Coppola. "In this project, we collected a huge ensemble of climate models, in order to try and cover as much as possible the range of all possible uncertainties." Moreover, a unique ensemble of models was also created in a very high resolution, especially compared to previous work in the field. The result was a very detailed representation of European climate in the near and far future with a resolution up to 3 kilometers, a level of precision never reached before in an ensemble of climate simulations.

"Thanks to high-resolution projections, it is possible to represent local phenomena such as wind currents, fluxes in valleys, that for example are extremely important to study extreme precipitation in regions such as that of the Alps in Italy," says Coppola. "These climate simulations can give us an insight on all aspects of future climate, but we were particularly interested in extreme precipitations, which are becoming rapidly more intense in Europe. We hope that the project's results and this video will contribute to a higher awareness of the impacts of climate change in Europe and all around the world".

The video has been produced by the French partner in the EUCP project, Météo France, Centre national de recherches météorologiques (CNRM - Météo France / CNRS), with important contributions of all partners involved, and is available online in multiple languages. You can watch the English version here and the Italian version on ICTP's YouTube channel.