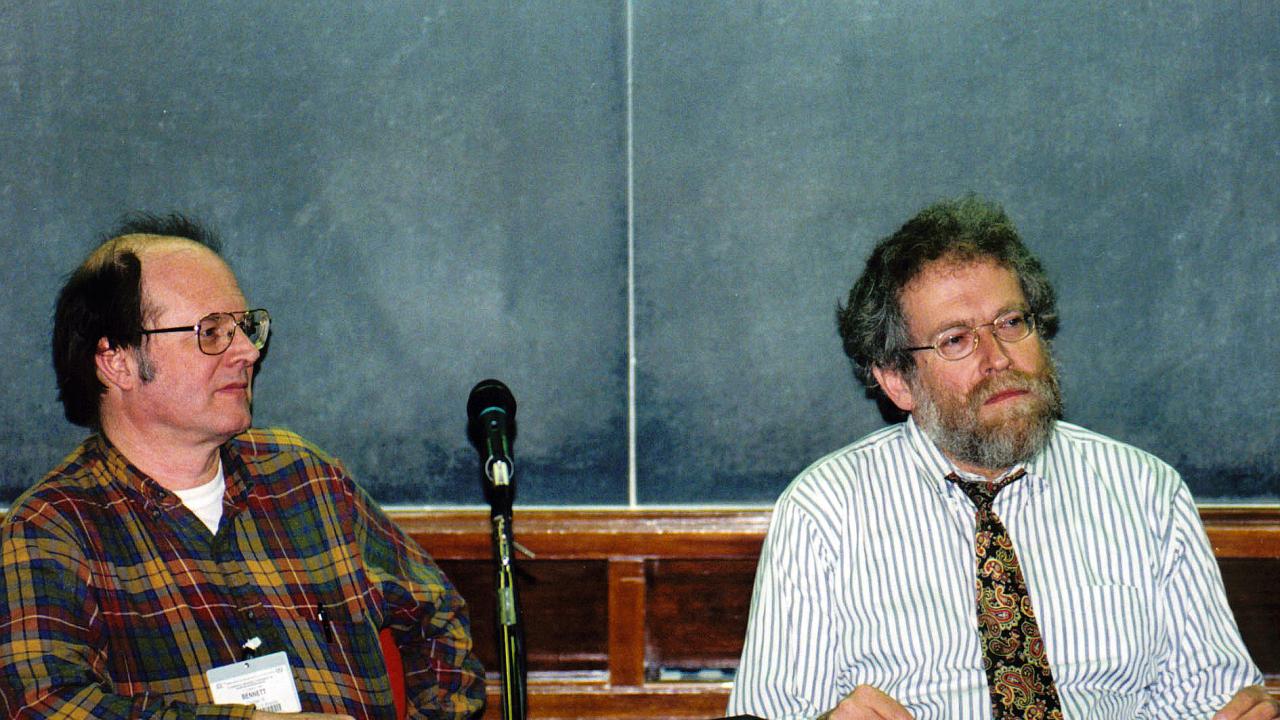 Quantum information is in the spotlight after several pioneering physicists in the field recently received science's most prestigious awards. Most of the awardees have long ties with ICTP.

The Nobel Prize in Physics 2022 has been awarded to Alain Aspect, John F. Clauser and Anton Zeilinger “for experiments with entangled photons, establishing the violation of Bell inequalities and pioneering quantum information science”. Aspect has participated in several conferences at ICTP, including its 50th Anniversary in 2014. Zeilinger also has a long history with ICTP; most recently, he was at the Frontiers of Matter Wave Optics Conference.

The 2022 laureates have conducted groundbreaking experiments using entangled quantum states, where two particles behave like a single unit even when they are separated. Entanglement is one of modern physics' most fascinating and mysterious phenomena, one that even Albert Einstein did not fully grasp, famously calling it "spooky action at a distance".

Einstein believed information about reality should be fully accessible and certainly determined, that is, it should precisely defined properties that can be discovered through measurement. On the other hand, Niels Bohr and Erwin Schrödinger saw reality as fundamentally uncertain; they believed that a particle, for example, does not possess certain properties unless they are revealed through the measurement process.

Pioneering experimental work carried out by Aspect and Clauser was crucial in proving that Bohr and Schrödinger were right, and that entanglement is a fundamental trait of a new picture of reality, outlined by quantum mechanics.

“The experiments performed by Clauser and Aspect opened the eyes of the physics community to the depth of Schrödinger’s statement," said Thors Hans Hansson, a member of the Nobel Committee, "and provided tools for creating and manipulating and measuring states of particles that are entangled although they are far way.”

Zeilinger's experimental work with entangled quantum states was also crucial in advancing the field of quantum information, with phenomena such as quantum networking, teleportation and cryptography.

In addition to their groundbreaking implications for the foundations of modern physics, the results of the three laureates' work have cleared the way for a new kind of quantum technology based upon quantum information.

"The contributions of the three 2022 Nobel laurates to the field of quantum information are fundamental," said Rosario Fazio, head of ICTP's Condensed Matter and Statistical Physics section. "In the famous paper by Einstein, Podosky and Rosen, entanglement was seen as the weirdest phenomenon in quantum mechanics. So, proving that it wasn't just a limit in the understanding of quantum mechanics, but a real feature of reality was just ground-breaking. Their work has really opened a whole new field of research."

Quantum information science is a large and intense field of research, both theoretical and experimental. It relies on the remarkable ways that quantum mechanics differs from the classical mechanics that describes much of our everyday world. Conventional information science involves data in the form of bits, each of which must have a definite value of zero or one. Quantum information science uses the quantum bit, or qubit, which may exist in a quantum superposition that includes values of zero and one simultaneously. Superpositions of two or more qubits may exhibit a further property called entanglement, in which the qubits' values are correlated in ways that defy classical intuition. The three medallists for 2017 each made key contributions in uncovering how the uniquely quantum characteristics of qubits may be exploited to process and transmit data, thus launching the field of quantum information science.