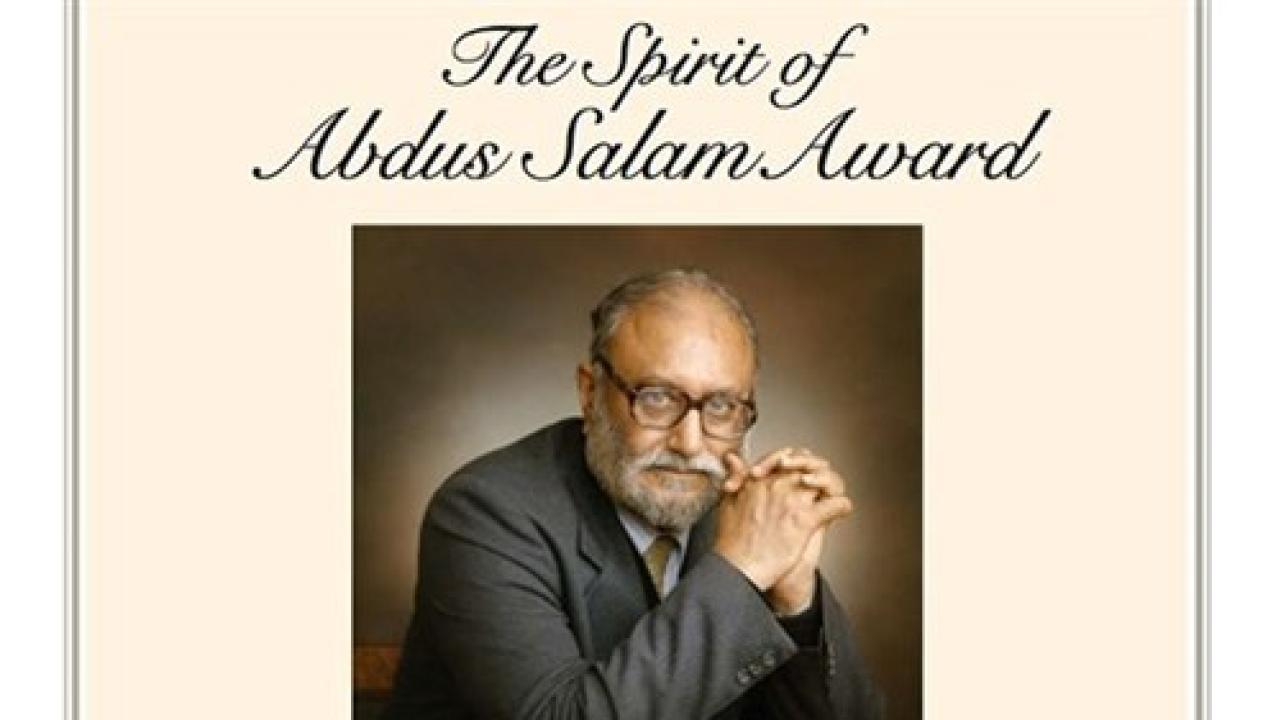 ICTP is seeking nominations for the Spirit of Abdus Salam Award. The deadline has been extended to 21 January 2023.

Nominations should be submitted online.

The award was set up in 2013 by the family of ICTP founder and Nobel Prize winner Abdus Salam to recognize any ICTP member (scientists or non-scientists) who has worked to further Abdus Salam's humanitarian passion and vision for the cooperation, promotion and development of science and technology in the developing world. The nominee could be an associate, visitor or professor who has gone beyond the call of duty to try and help fellow students and academics in ICTP or their own country, or a member of ICTP or TWAS staff who again has gone beyond their duties to assist and support others.

Abdus Salam is primarily remembered for his scientific work, but his family wishes him also to be remembered for his humility of spirit and humanitarian passion and zeal, which ultimately led to the creation of ICTP and TWAS, The World Academy of Sciences.

The award consists of a certificate and a cash prize. Self nominations are discouraged.

For a list of past award recipients, see the Spirit of Abdus Salam Award web page.