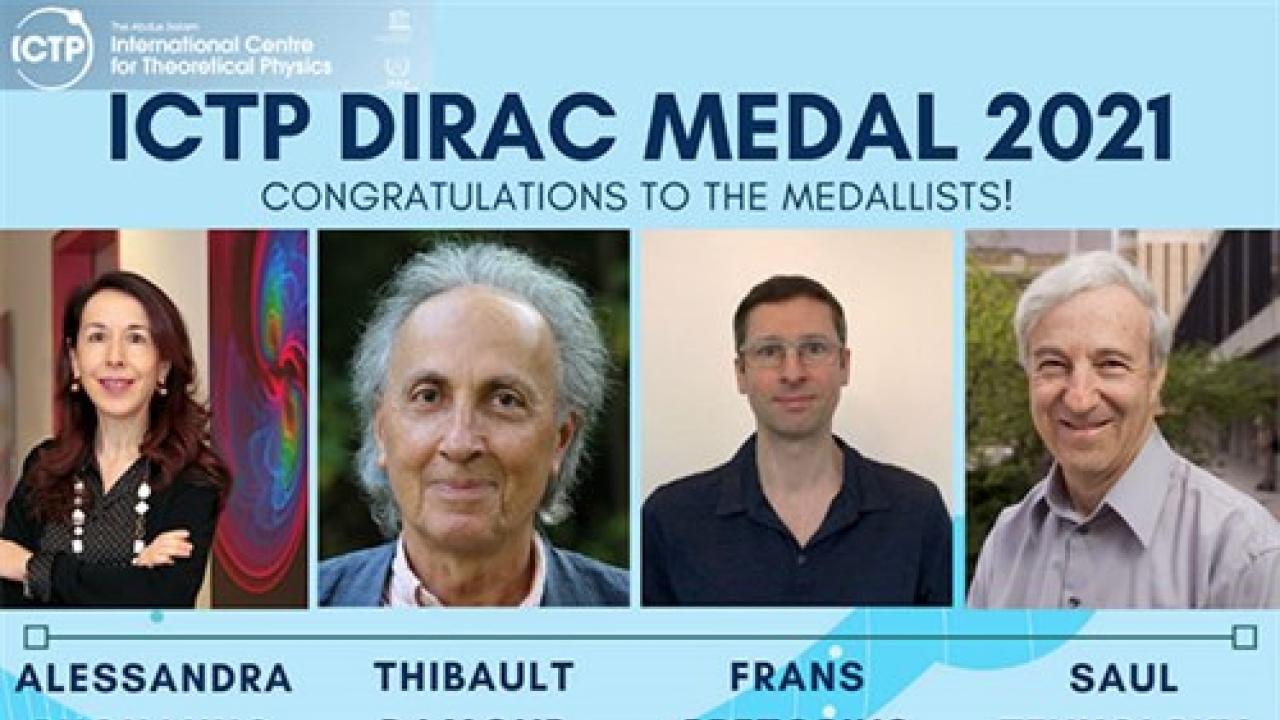 Physics Nobel Laureate Kip Thorne will join the ceremony virtually to give an overview of the Medallists' work.

The four were awarded the Medal for establishing the predicted properties of gravitational waves in the curvature of spacetime produced when stars or black holes spiral together and merge. Their work was essential for the detection of gravitational waves from these energetic astronomical events by the Laser Interferometer Gravitational-Wave Observatory (LIGO). Alessandra Buonanno is the second woman to receive the Dirac Medal in its nearly 40-year history.

The 2021 Dirac Medal Ceremony will take place as a hybrid event on Thursday 14 July at 15:00 CET in the Budinich Lecture Hall. To attend online, you can register here;  the ceremony will also be livestreamed on ICTP's YouTube channel. All are welcome to attend.

During the ceremony, each of the four Medallists will lecture on the following:

After the ceremony, ICTP will inaugurate a new, permanent poster exhibit showcasing all of its Dirac Medallists since the award was first instituted in 1985.

ICTP's Dirac Medal is given in honour of Paul Dirac, one of the greatest physicists of the 20th century and a staunch friend of the Centre. It is awarded every year on Dirac's birthday, 8 August, to scientists who have made significant contributions to theoretical physics. Recipients of ICTP’s Dirac Medal join a list of Medallists comprising the world’s top physicists, many of whom have proceeded to win Nobel Prizes, Fields Medals or Wolf Prizes. An international committee of distinguished scientists selects the winners from a list of nominated candidates.