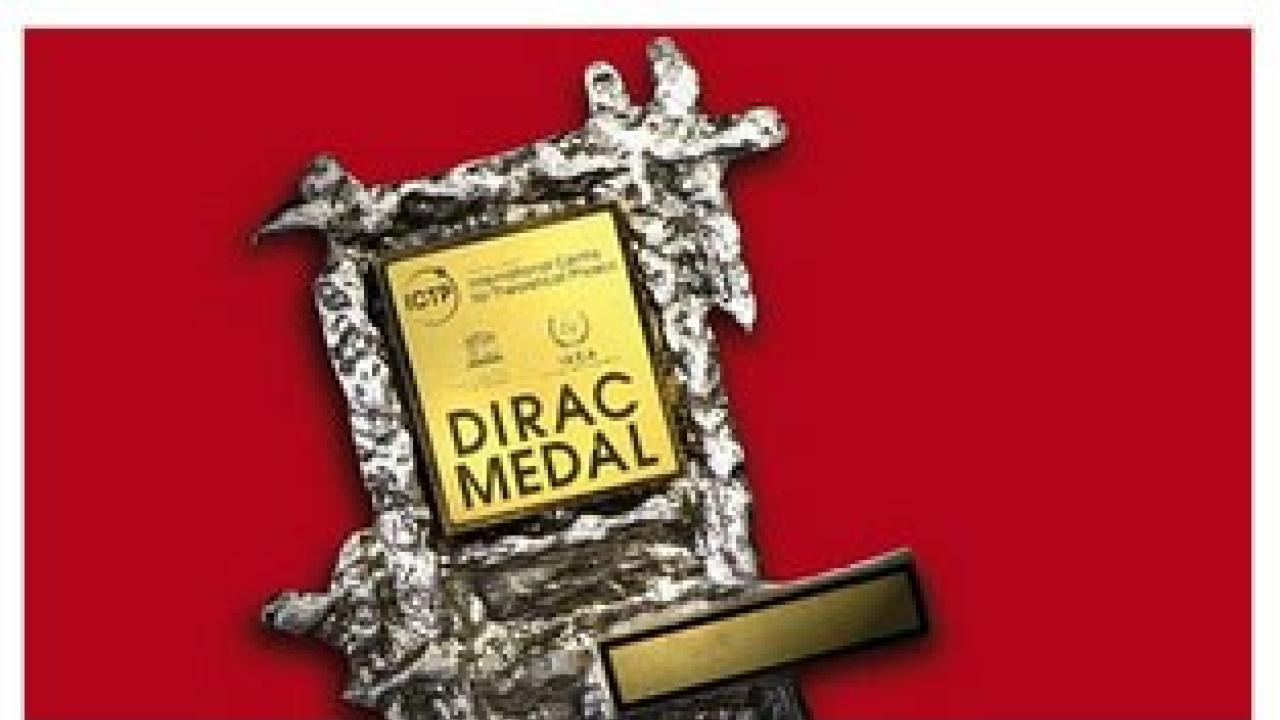 ICTP is now accepting nominations for its premier physics prize, the Dirac Medal. First awarded in 1985, the Dirac Medal is given in honour of P.A.M. Dirac, one of the greatest physicists of the 20th century and a staunch friend of the Centre. It is awarded annually on Dirac's birthday, 8 August, to scientists who have made significant contributions to theoretical physics.

The deadline for receipt of nominations is 17 June 2022.

An international committee of distinguished scientists selects the winners from a list of nominated candidates.

Nominations can be submitted online. One or more scientists can be nominated. Information including name, address, institute, email etc. are required in the online nomination form (for both the nominator and the nominee); the nominee's short CV, short list of publications, and reference/support letters are also required and can be uploaded in pdf format. A citation is also requested. More detailed instructions are included within the link.

The Dirac Medal is not awarded to Nobel Laureates, Fields Medallists, or Wolf Foundation Prize winners, although many Dirac Medallists have proceeded to win these prestigious prizes. The full list of past winners, including their award citations, are available on the ICTP Dirac Medal webpage.