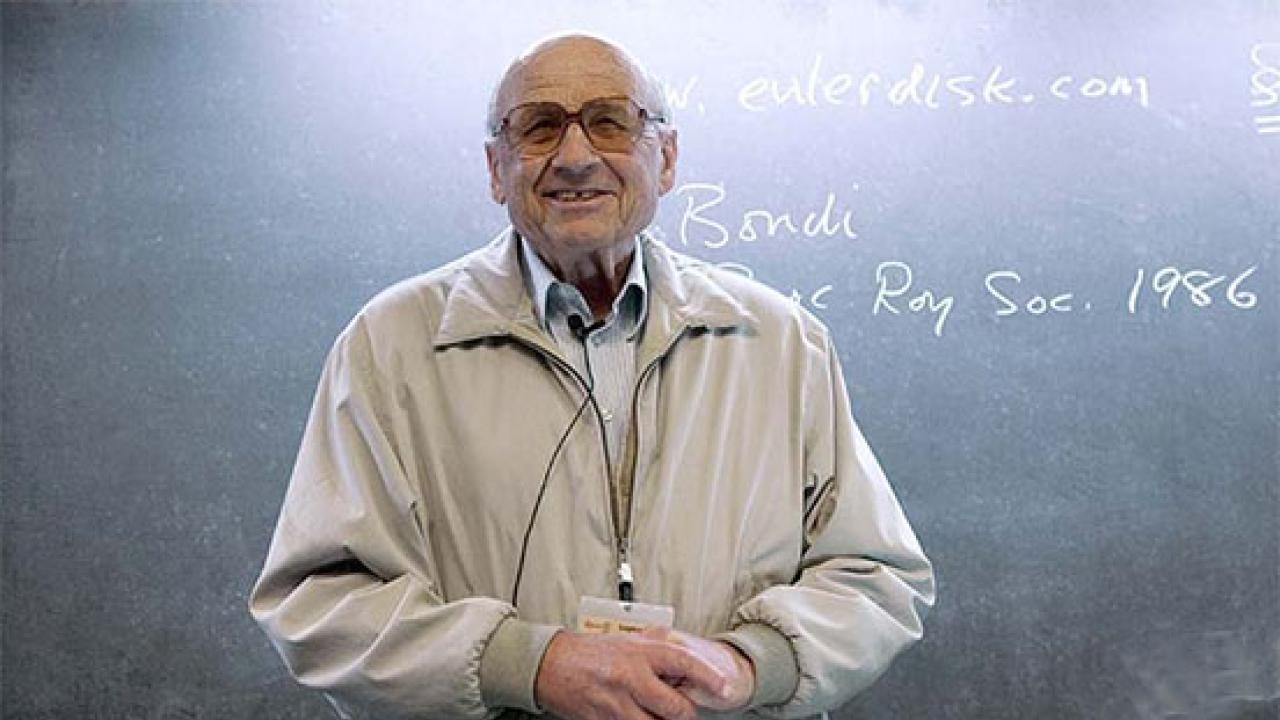 ICTP announces a new prize, co-funded by the Quantum ESPRESSO Foundation, to recognize outstanding contributions in the field of quantum-mechanical materials and molecular modeling.

The Walter Kohn Prize will be awarded biennially to a young scientist whose work was performed in a developing country or emerging economy, with emphasis on first-principles techniques.

The Prize will be usually awarded to one person, but may be shared equally among recipients who have contributed to the same body of work.

The Prize consists of:

Eligible candidates should be under the age of 45 on 31 May 2016 and must be working in countries that are NOT included in the list of “High-income economies” compiled by the World Bank (see http://data.worldbank.org/about/country-and-lending-groups).

For details about how to submit nominations, please visit the Walter Kohn Prize webpage. The nomination deadline is 31 May 2016.

Walter Kohn, 1998 Nobel Laureate for Chemistry, was born in Vienna, Austria, in 1923, and became a naturalised US citizen in 1957 after escaping Nazi Germany in the late 1930s and earning university degrees in Canada and the United States in the 1940s. Renowned for his work as a condensed matter theorist, Kohn made seminal contributions to our understanding of the electronic function of materials. He played a leading role in the development of density functional theory, which has proved an invaluable concept for physicists, chemists and material scientists. Kohn was also founding director of the Institute of Theoretical Physics at the University of California, Santa Barbara, USA. Walter Kohn passed away on 19 April 2016.